MEWS (myooz) – Primarily British for stables down a courtyard behind a castle or along a lane.

Down a courtyard behind a building…a mews! That’s where our original location was and how it got it’s name back in 1964 when originators Nicky & Ray Wells started the restaurant. Ray was preparing the area for the business and found a bridle. After some research she discovered that the space was a stable where horses would cart oysters from the bay to Commercial Street. In 1993 we moved to our current location taking with us several antique articles including wood carvings from 1892.

A Unique Piece of History

There are two panels hand carved in 1892 which serve as a backdrop to our main bar. A third greets you as you decent to the Beach Level Dining Room. These panels were rescued from the Prudential building in Newark, New Jersey which, when built, was the largest building in the state and was a modernistic marvel featuring elevators. Unfortunately it was demolished in the late 1950’s. 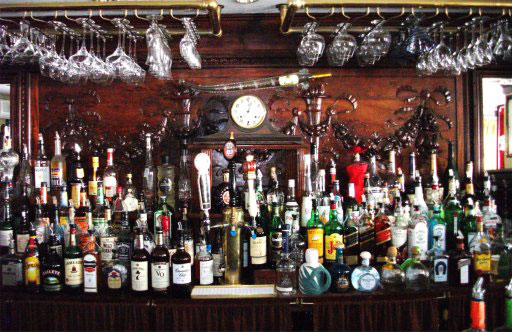 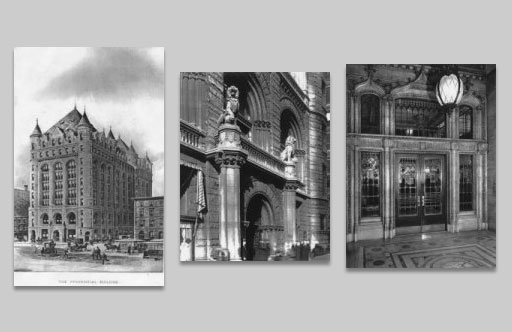 In 1983, while enjoying a successful career as an on-air personality on several Boston radio and television stations, Ron decided to add to the fun by buying a bar. Not just any bar mind you, the perfect bar. After an ongoing search, his agent called one day and said that at last she had found him a fantastic bar and it was in fact, the perfect bar. There was only one problem, it had a restaurant attached to it. Not being the timid sort Ron said “why not?”… he had marketing experience and his business partner, at the time, had management experience.

During the first few years Ron found his footing. In 1988 he hired Pingle who became bar manager and is still there today, and Chef Laurence who held that position for 25 years before retiring. It turned out that Ron also knows something about hiring. The restaurant quickly became like a family and remains that way today. Many have worked there for many years and the running joke in Provincetown is that to get a job at the Mews you have to wait for someone to die. The restaurant relocated to its current location in 1993. Prior to that it was Franco's for several years and The Everbreeze since 1936.

In 1998 computer programmer Edmund Teo joined the Mews team to create new systems and technical upgrades. With a quick smile and keen business sense he quickly emerged as an indispensable part of the family adding Wine Buyer and Assistant General Manager to his titles. In 1999 Edmund became Ron’s partner in crime, and in life. Over the past 20 years their restaurant has racked up enough accolades to make even a posh Manhattan restaurant blush.

The latest chapter in the Mews story began to unfold in 2018 when Ron and Edmund purchased the building. Look for some great changes that will make the Mews even more fun. Stay tuned. 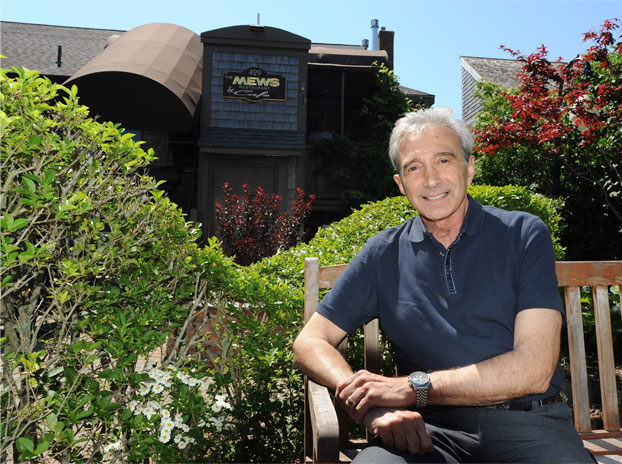